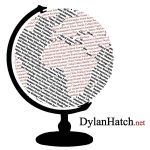 In 1971, The New York Times began publishing a classified report that describes questionable usage of our nation’s military in Vietnam. What do The Pentagon Papers tell us about the consolidation of military power? Was the Vietnam War the type of event which Eisenhower warned of only ten years before?

Ten years after Eisenhower’s famous warning of the military-industrial complex, The New York Times began publishing a classified report detailing questionable usage of the United States military in Vietnam. Enabled by the power dynamic between the American government and the private armaments industry, American actions in Indochina serve as a landmark of Cold War tensions and the American response to the rise of Communism. The Vietnam War can also be viewed as yet another warning of the dangers inherent to militaristic state-capitalism, and the arguable embodiment of the “disastrous rise of misplaced power” that Eisenhower forewarned of in his famous Farewell Address. As the first installment of the Understanding the Pentagon focused on the intent, construction, and development of the military-industrial complex, this essay explores the negative impacts of America’s wartime economy thirty years after its creation. By utilizing these leaked documents, this essay studies the Vietnam War in the context of state-capitalism and the Pentagon’s method of ensuring Western diplomatic and economic domination over developing nations through arms spending.

Adjusted for inflation, the United States defense budget raised from $16.69 billion in 1940, to $716.24 billion in 1945, to only $66 billion in 1948, to $268 billion in 1953. This drastic fluctuation is the effect of a newly developed approach to military spending. Before the twentieth century, there was no permanent armaments industry; instead, companies such as Ford would quickly mobilize and begin temporarily creating products for the military in times of war. However, as the United States transitioned its model to prioritize military spending during World War II, the most efficient wartime economy in human history was crafted. This dynamic, though it stalled after World War II, was resumed in the 1950s as Cold War tensions brewed. Adjusted for inflation, the United States began spending no less than $70 billion annually on defense following 1953, as the Communist sphere of influence began posing a threat to American interests across the world. The first proxy war between the United States and the Soviet Union (and therefore, the initial Cold War usage of the military-industrial complex), took place in the divided Korean – where Communist and Western forces clashed in brutal and indecisive war. As the Korean War ensued, the looming threat of similar violence hovered over other potentially Communist regions such as the colonized nations of Indochina.

As the Japanese Empire fell in 1945, it was forced to return its occupied Indochinese territory to the French, who had colonized the area decades before the Japanese invasion in 1940. However, French occupation was deeply unpopular among the Vietnamese people, and there rapidly arose a widespread sentiment of revolution. Led by Ho Chi Ming, the Communists believed that the Vietnamese people were entitled to independence and that this could be achieved by eradicating colonialism and redistributing resources. In 1945, the Vietnamese Communists issued a Declaration of Independence in the likes of the French and American Declarations;

“All men are created equal. They are endowed by their Creator with certain inalienable rights; among these are Life, Liberty, and the Pursuit of Happiness…They [the French] have enforced inhuman laws…They have built more prisons than schools. They have mercilessly slain our patriots, and they have drowned uprisings in rivers of blood…They have robbed us of our rice fields, our mines, our forests, and our raw materials…They have invented numerous unjustifiable taxes and reduced our people, especially our peasantry, to a state of extreme poverty…The whole Vietnamese people, animated by a common purpose, are determined to fight to the bitter end against any attempt by the French colonists to reconquer their country.” (Vietnamese Declaration of Independence, 1945)

Although this rhetoric of independence seems similar to that expressed by former French and American revolutionaries, they contain fundamental differences in their notion of freedom that defined Communist relations with the West. Most of the Western revolutionaries who achieved American and French independence believed that private property, alongside the monetary exchange of goods and labor, is vital to exercising their notion of freedom. Meanwhile, the Vietnamese Communists associated the concept of ownership with their colonial oppressors and believed that common ownership of goods and resources is crucial to avoid hierarchy, and therefore ensure their notion of freedom. This means that, under Communist leadership, foreign nations and corporations would be unable to utilize Vietnamese resources or labor – likely causing a disruption to international trade that could hinder the Western economy. From October 1945 to February 1946, Ho Chi Minh wrote at least eight letters to President Truman or the Secretary of State, formally appealing for UN intervention against French colonialism. Unsurprisingly, none of these appeals were answered.

In May 1950, the United States provided its first economic and military aid to the French in Indochina in the form of a $10-million grant. By 1954, the French had failed to gain popular support and was forced to grant North Vietnam to the Communists, yet the American military aid program had reached $1.1 billion and paid for 78% of the French war burden. At a moment of instability and oppression, it is worth pondering why the American military was so determined to keep Vietnam under colonial rule. National Security Council documents throughout the early 1950s reveal both the economic and diplomatic factors motivating the Americans’ rigorous support of the French.

Diplomatic factors centered around Western resentment of Communist ideology manifested in the desire to limit the number of nations aligned with the Soviet Union and Communist China. In 1950, when the National Security Council decided to first extend military aid to the French in Indochina, they explicitly cited an argument that would become commonly known as the “domino theory.” It states that one nation successfully revolting against capitalism would result in others doing the same, eventually forming a large sphere of influence against the American values of private property, international trade, and limited democratic elements in the economy. Foreshadowing the future of U.S military involvement in both Vietnam and the neighboring nations for this reason, the Council stated;

“It is important to U.S. security interests that all practicable measures be taken to prevent further Communist expansion in Southeast Asia. Indochina is a key area and is under immediate threat. The neighboring countries of Thailand and Burma could be expected to fall under Communist domination if Indochina is controlled by a Communist government. The balance of Southeast Asia would then be in grave hazard.” (National Security Council, NSC 64, 1950)

Indochina was not only perceived as a critical area because it’s political relevance, but also its economic potential as well. When listing the dangers of a Communist-controlled Indochina, a top-secret National Security Council document (NSC 124/2) identified Southeast Asia as “the principal world source of natural rubber and tin, and a producer of petroleum and other strategically important commodities.” They declared that “the rice exports of Burma and Thailand are critically important to Malaya, Ceylon, and Hong Kong and are of considerable significance to Japan and India, all important areas of free Asia.” (National Security Council, NSC 124/2, 1954). From Ho Chi Ming’s perspective, international free-trade was simply a device used to exploit developing economies, only different from colonialism in degree. If Indochina were to become Communist, their governments would likely raise protectionist barriers (or close trade entirely) to prevent foreign companies from utilizing their local resources and workforce. This would be against American interests, especially in a region with the economic and political relevance of Indochina.

In August 1964, the Gulf of Tonkin incident occurred, an event designed to achieve public approval of direct hostilities in Indochina. The United States government reported two violent confrontations between U.S. and North Vietnamese ships and blamed the Vietcong for both incidents. The Pentagon Papers and later declassified NSA documents indicate that one of the encounters was misrepresented by the United States government to justify a war against North Vietnam, while the other incident was fabricated entirely. Nonetheless, after years of conducting covert military operations and aiding anti-Communist powers, the United States began the concentrated bombing of North Vietnam in 1965, alongside the introduction of over 200,000 American troops. Although the Pentagon Papers describes that American officials had long strategized their nation’s entrance into the Vietnam war prior to this time, they likely didn’t predict the difficulty of the conflict that would ensure.

Throughout the next decade, the Pentagon would purchase vast amounts of napalm and the over 7 million tons of bombs that would drop in the war: almost one 500-pound bomb for every human being in Vietnam. The Defense budget remained roughly $80 billion (adjusted for inflation in 2019 USD) each year of the war. Since enemy combatants were merely organized citizens with guns, it was difficult to distinguish the Vietcong from average citizens. Furthermore, since it is difficult to gauge success in such guerrilla warfare, the Americans relied on the updated death count for reassurance of victory. This mentality led to the massacre of millions of Indochinese civilians. The most famous of these cases was “Operation Phenix” (in which at least 26,000 suspected Communists were executed without a trial), and the “My Lai Massacre” (in which to 500 unarmed civilians were systematically murdered by American soldiers). Although these incidents fueled the anti-war movement in America, only one individual was convicted for either event: Lieutenant William Calley, who was sentenced only three and a half years of house arrest for commanding the My Lai Massacre. By 1970, the large-scale American bombings had spread to Laos and Cambodia, in an attempt to suppress the insurgencies in those regions as well. Estimates of North Vietnamese deaths widely range from 533,000 to 1,500,000, alongside an estimated 62,000 deaths in Laos and 273,000 deaths in Cambodia. American deaths are estimated at 213,324. Roughly 30% of American deaths were draftees.

In the face of such devastating numbers, it is vital to question our motives for conducting such a conquest. Does American political and economic leverage justify these deaths? Furthermore, we must also consider the constitutional merit of this war; was it democratically supported by the American people? An analysis of the events shows that the conflict was initiated virtually unanimously by Congress and the President. Although a Gallup Poll found that only 24% of Americans believed it was a mistake to send troops to Vietnam in 1964, that number rapidly rose to 61% before the end of the conflict. It is also worth noting that soldiers were sent to Indochina under pretenses, after the government had exaggerated a dispute in the Tonkin Gulf in August 1964, and entirely fabricated a second attack. The truth behind the Tonkin incident was not exposed until after U.S. troops had been deployed.

Lastly, as we must reflect upon the Vietnam War, we must question our trust in American leaders and (more importantly) the Pentagon. Under the same basic spending model as today, the United States conducted a total war against a coalition of oppressed peasants in competition for resources and political leverage. The tactics, as exposed in The Pentagon Papers, included the denotation of 7 million tons of bombs, alongside brutal search and destroy missions through Vietnamese villages. Their equipment was provided by powerful military defense contractors including McConnel Douglas Corp., Lockheed Corp., and Boeing Co. – all of which have a strong lobbying presence in Congress and made at least 1.5 million each year of the war. A permanent wartime economy is convenient in times of attack. Still, the Vietnam War proves that leaders are capable of lying and utilizing the military to pursue questionable political and economic interests. President Eisenhower famously stated, “Only an alert and knowledgeable citizenry can compel the proper meshing of huge industrial and military machinery of defense with our peaceful methods and goals, so that security and liberty may prosper together.” As Daniel Ellsberg exposed the classified documents, over half of the American population objected to the Vietnam War, yet the dynamics of industry and military grew so powerful that it overcame the American pursuit of liberty and prosperity.